Posted at 09:54h in Uncategorized by Bone and Joint Institute of Tennessee 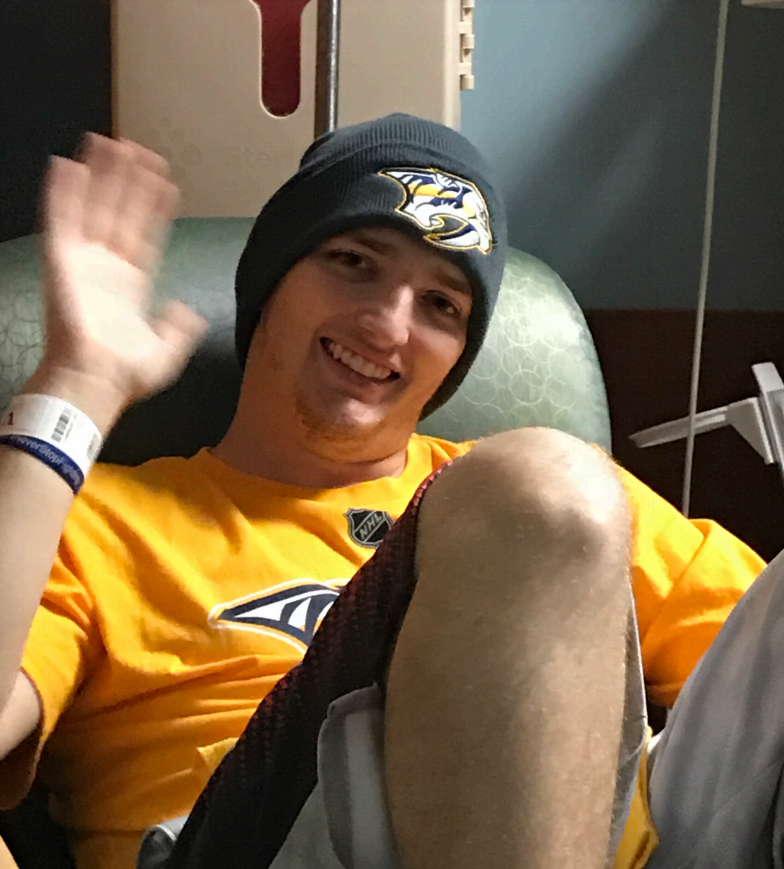 Bone and Joint Institute of Tennessee’s Colin Looney, M.D., first treated Reid Besch when he was a high school football player, a relationship that ultimately led to a potentially lifesaving discovery.

“I’ve been seeing Dr. Looney since high school,” said Besch. “I would see him for football injuries, so when my most recent medical emergency came up, he was immediately who I went to.”

Around Christmas in 2018, Besch was helping his parents move boxes when he felt a pop in his hip.

“It had happened before, so I didn’t think anything of it at first,” said Besch. “Later that night, I had pain in my hip, and by two a.m., I woke up in excruciating pain. They rushed me to the ER, but couldn’t find any bone fragments or anything.”

Physicians advised Reid to visit an orthopaedic physician, and he knew just who to call.

“When I first saw Reid, we tried to relieve his pain non-surgically through a steroid injection and physical therapy,” said Dr. Looney. “When he wasn’t finding relief, we knew surgery would likely be needed to repair what we suspected was a torn labrum.”

Dr. Looney helped Reid schedule an MRI for a better look at his hip. What they found instead, however, raised a red flag. He advised Reid to visit a walk-in clinic for bloodwork as soon as possible.

“That night around nine p.m., Dr. Looney called and broke the news,” said Besch. “He made sure my mom was in the room and that we were both sitting down.”

Besch had evidence of acute leukemia.

“I went into the hospital the next day and spent about 53 days in the myelosuppression unit,” said Besch. “I went through three rounds of chemo while there, then two rounds outpatient. In the middle of my sixth round, doctors determined I needed a stem cell transplant. I had to be monitored 24/7 for 90 days.”

Through it all, Dr. Looney remained integrated in Besch’s treatment plan, and when he was finally strong enough to have surgery, Dr. Looney was waiting and ready to repair his original hip injury.

“When I was in the hospital, the doctors and nurses said they would contact Bone and Joint Institute to keep my doctor updated on my progress,” said Besch. “We told them that wasn’t necessary. My mom called Dr. Looney on his cell phone and put him on speaker.”

Now, one year after his hip surgery, Besch is feeling great. Alongside his mom, Beth, the pair launched a podcast titled It Can Happen 2 U, which offers insight and advice for patients and caregivers going through similar treatment.

On a recent episode, Besch caught up with Dr. Looney to further explore their journey together. Click here to listen.

To learn more about Reid’s story and to support his podcast, visit facebook.com/it-can-happen-2-u.