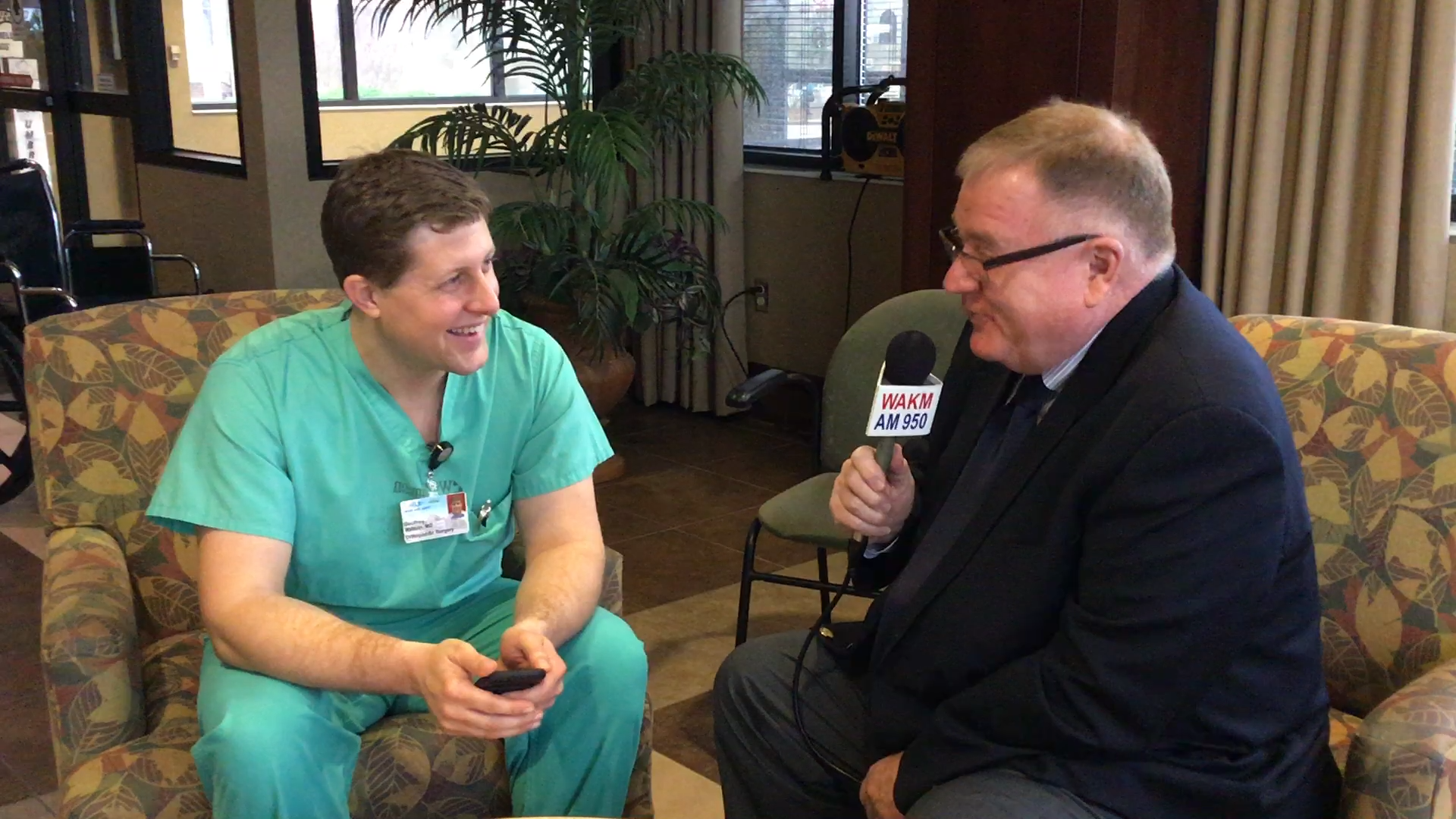 By Johnny Bradigan More By this Author

Stay in the know. Sign up to receive updates from The Bone and Joint Institute of Tennessee blog, including our weekly newsletter and information about our FREE events.

2 minute read
0
SHARES
ShareTweet
FRANKLIN, Tenn.—The Bone and Joint Institute of Tennessee is getting some air time. Surgeon Geoffrey “Geoff” Watson, M.D., was a special guest of WAKM’s “Hometown Radio” program on February 28. Speaking to host Tom Lawrence, Watson mentioned the excitement of the Williamson Medical Center partnership being a continuation of the original Franklin Bone & Joint Clinic, founded by the late Dr. Craig Ferrell in 1979. Watson said, “I actually knew him, growing up. I had friends that came to the Bone and Joint Clinic originally, and heard a lot of good things. Craig Ferrell started the practice in treating patients like family, and that’s what we really want to commit to with this new venture.” “It’s a different name, but it’s the same great care.” The Institute is keeping busy, seeing patients in its temporary home in Suite 409 of the Williamson Tower, on the Williamson Medical Center campus. Watson was excited to talk about the state-of-the-art features of the Institute’s permanent home, which is under construction on the Williamson Medical Center campus and will be ready for patients in 2019. “We’re actually having the capability to do an overnight stay at (the new building),” he said. “So, with total joints and some spine surgeries, even some foot and ankle surgeries where you have to stay one night, we would be able to do that, and be able to keep you in house.” Watson was also happy to mention the Institute’s on-site bistro, which will feed patients, providers, and even the general public. There was even a bit of good-natured SEC football joking going on, once Lawrence learned Watson was a University of Tennessee graduate, and a big supporter of the Volunteers. Lawrence, who’s an alumnus of rival Vanderbilt, said, “I root for U.T. every game they play—except one!” That would be the annual game between Tennessee and Vanderbilt. There are more laughs along the way, so watch the full interview in the video below: Share this Article