Posted at 16:44h in Uncategorized by Bone and Joint Institute of Tennessee 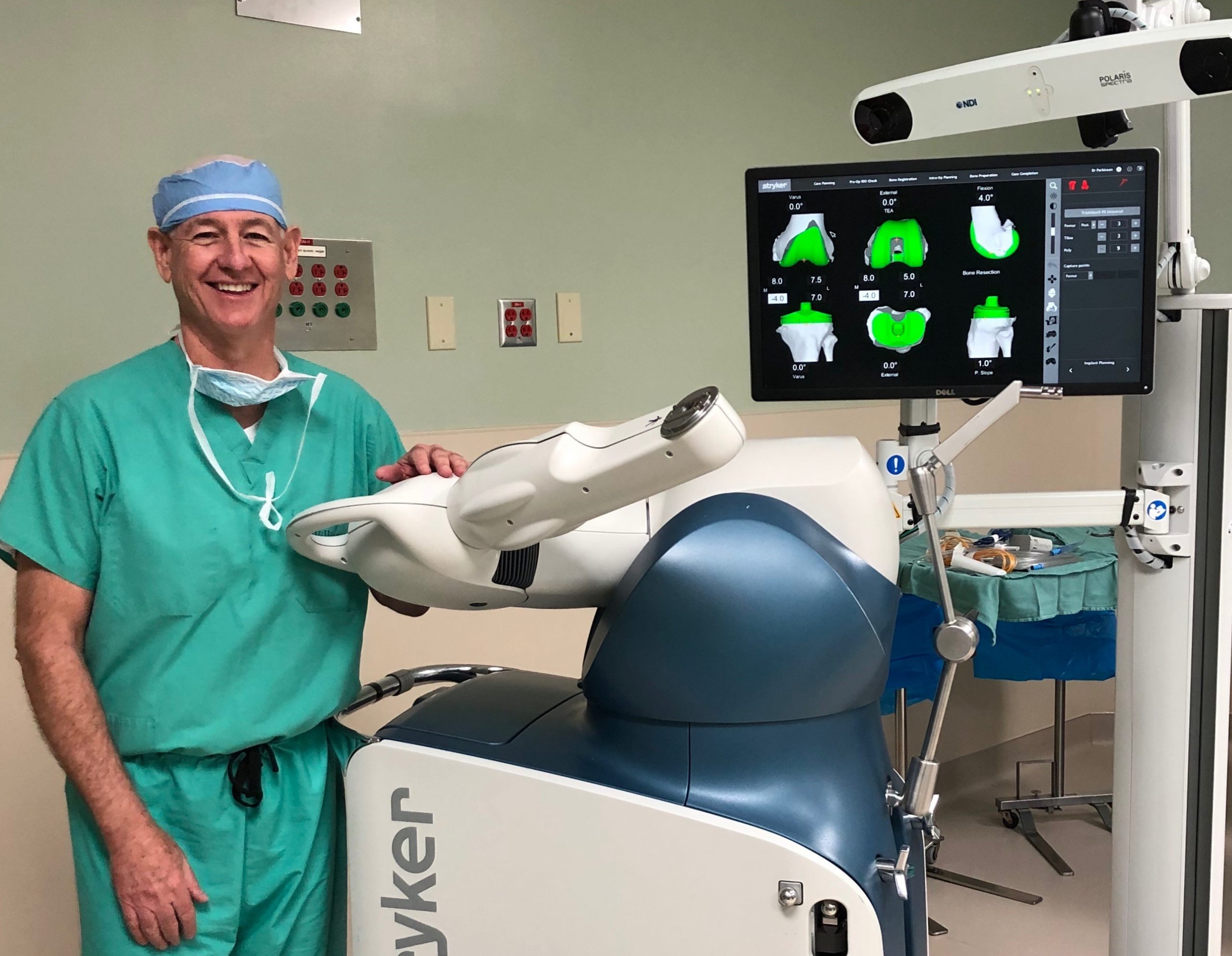 At the Bone and Joint Institute of Tennessee, we understand that care goes far beyond physical healing. In addition to being a nationally recognized orthopaedic specialist, Paul Thomas, M.D., has been helping patients heal, both physically and emotionally, for decades. During Thomas’ high school years in Lawrenceburg, Tenn., his mother worked for general surgeon Dr. Henry Thomas, who sparked his interest in medicine. “He kind of took a liking to me, so he started inviting me to come on rounds and surgeries with him when I was in high school,” Thomas said. “He was very instrumental in nurturing my decision to go into medicine. He was a great man and surgeon and was caring, compassionate and hardworking. I saw in him a lot of what it meant to be a physician, and he has inspired my journey in medicine ever since.”

“I’m the fourth of five boys and grew up in Columbia and Lawrenceburg,” Thomas said. “For some reason, my mother said she wanted one of her sons to be born in Nashville, and so I was actually born at Baptist Hospital even though we lived in Columbia. My grandfather, S.B. Thomas, was a civil engineer and brought the Union Carbide plants to Columbia, so I’ve had strong ties to Middle Tennessee my entire life.” Thomas attended McDowell Elementary School and Whitthorne Middle School in Columbia before his father was transferred to the Union Carbide plant in Lawrenceburg, and the family moved when he was in ninth grade. He attended Lawrence County High School, where he met, and eventually married, his high school sweetheart. In 2012, he was named one of Lawrence County Schools’ “Heroes of Lawrence County Schools” for his accomplishments in the community.

Thomas earned his bachelor’s degree from Middle Tennessee State University, then completed his master’s degree at the University of Tennessee. He attended medical school at the University of Tennessee Center for Health Sciences in Memphis. “I genuinely enjoy learning. Orthopaedics and medicine change daily, and that’s part of what drove my interest in this field as well,” Thomas said. “There are always new challenges, and I feel so blessed to get to do this every day and help patients.” After graduating from medical school and completing his residency at the prestigious Campbell Clinic in Memphis, Thomas spent several years as a trauma surgeon at the University of Tennessee Medical Trauma Center. However, he wanted the ability to spend more time with his family and come back to Middle Tennessee. “I knew of the Franklin area and had trained with Dr. Craig Ferrell, the founder of the Franklin Bone & Joint Clinic, at the Campbell Clinic in Memphis,” Thomas said. “It just so happened that a partner at his practice had left and he had an opening as I was looking to come back to Middle Tennessee.” Thomas accepted the position and has been serving patients in Middle Tennessee for 25 years. “It’s such a blessing to get to serve and treat the people I know and have grown up with,” Thomas said. “I’ve been very weaved into the community here, and it takes a lot of trust for patients to allow us to care for them. I’m very grateful that I’ve been able to do that.” Although Ferrell passed away in 2012, Thomas says that his legacy and spirit still live on in the practice. “His vision for this practice was to be like a family,” Thomas said. “What he created was a true community, and I think all of us at the practice today are trying to emulate that and honor his legacy.”

The new Bone and Joint Institute facility is set to open in late spring, and Thomas says he hopes the new space will be more than just a building for patients. “I want this new building to be not only a space for healing, but one of hope,” Thomas said. “We as a practice are focused on so much more than just physical wellness. We want to restore hope and confidence to patients, and that’s what I hope this space accomplishes.” For more information or to schedule an appointment, call (615) 791-2630.

Paul Thomas, M.D., is a board-certified orthopaedic surgeon who specializes in sports medicine. He has treated local, collegiate and Olympic athletes since earning his medical degree. In 1991, he joined Dr. Craig Ferrell at Franklin Bone & Joint Clinic, where he would be named “Physician of the Year” for Williamson County Hospital (now Williamson Medical Center). Thomas currently serves on the Athletic Board of the University of Tennessee and is a founding board member of the Franklin YMCA and Williamson County Parks and Recreation. He and his wife of 40 years have six children and have traveled internationally as missionaries.